Leadership is hard, but right now it’s even harder as leaders continue to navigate their way in a pandemic world. I suspect most of you reading this article, didn’t think that in March 2020 when we went into our 1st lockdown, we would still be in that same position, one year on…

So, to help all of you in a leadership position, I wanted to give you some light at the end of a very exhausted Covid tunnel and tell you about 6 aspects of leadership that I believe will be required of leaders in a post pandemic world. 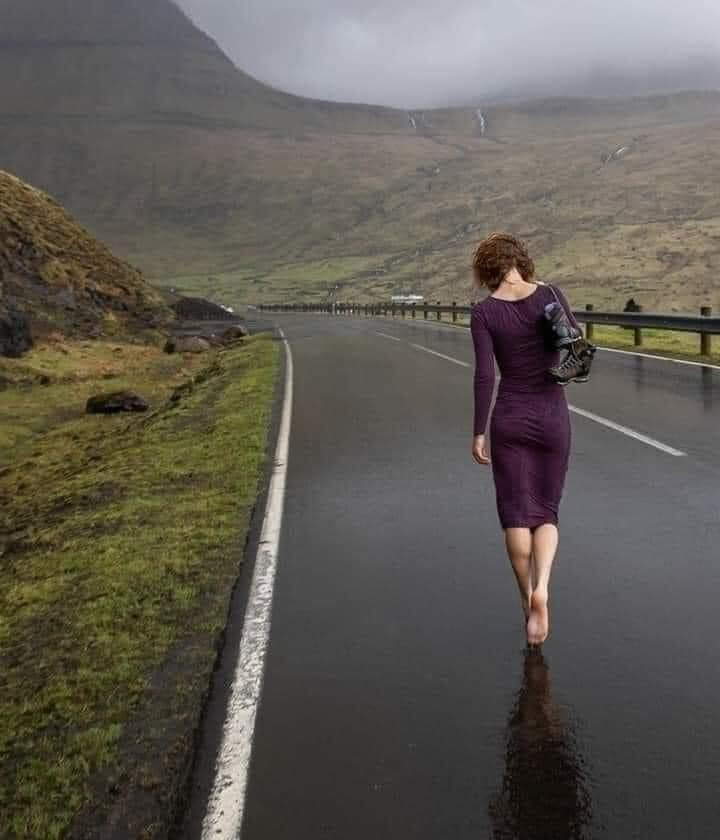 Being able to situational sense is something a leader needs to do when in the room or presence of the other person. Situational sensing is picking up on the soft data. The soft data is the stuff that’s going on in the room that you are sensing. It’s about what’s not being said and the emotional clues that you are picking up from that other person.

There used to be a management fad called management by walking about. It was a good fad as it enabled the leader to collect what I would call ‘soft data’. It’s the soft stuff that is the hard stuff. The main element of situational sensing is collecting data using your cognitive and observational skills. It works best in an informal setting / context, where the leader can collect the data in an informal and unplanned way.

2. Leader as a Coach

Gone are the days of command-and-control leadership – that type of leadership isn’t just dead, it’s a professional turnoff. Millennials (our cultural and professional barometers want leaders who inspire change, based on the collective good.

Modern leadership is undergoing a shift – it’s about empathy, sharing ideas, facilitating conversations, asking questions and being okay with not having all the answers.

Leaders today are using their skills best by inspiring others, driving change, as well as communicating when things stay the same. Leadership is about being honest and bringing your best self to the table, so that those around you can do the same.

Based on the model by Bruce Tuckman – Tuckman’s team development model has stood the test of time over the past 50 years and will be a great guide for all leaders when they get their teams back in the workplace.

The forming stage will be when you get everyone back in the room for your first ‘in person’ team meeting. I suggest no agenda and allow everyone to reform their relationships and have a chat over a coffee.

The second stage, Storming, takes place in any good team as we work through and transition back into the workplace. Expect conflict and allow this to happen. Leaders who inhibit or stifle conflict are only making problems for themselves further down the line.

Once the storming has taken place, your team will transition is Norming and Performing. This is where the magic happens, they have transitioned into new working practices and our delivering results.

Welcoming people back into the workplace will be a delicate task, as leaders will need to ensure that employees feel safe, secure and supported when returning to the workplace.

From the conversations, I have had with many of my clients, flexibility will be required from everyone as we enter and transition into a hybrid remote-office model moving forward. I would encourage all leaders and executives to take time to understand your employees needs and re-contract with them around working hours and days when you will expect them to perhaps be in the office.

Empower and engage your employees in the decision-making. Take work/life balance seriously and allow for flexibility.

It’s important for your employees to understand the compelling purpose. Why do we do what we do, and what difference does it make? How do you inspire others to your causes? By action and language.

On the action front, remember to lead by example. Show others that you are motivated to make positive changes by getting involved yourself. Language is a fine art, but one that has the power to inspire by constructed visions and smart communication. If you are unsure as to what your

The future of organisations is around making them employee-centric. This means giving employees freedom with accountability, with a strong focus on wellbeing. Look at what, in your workplace environment, can be adjusted to reduce stress. You might consider flexible working hours, regular check-ins, negotiated downtime – and consider how to best use a variety of communication channels to engage with staff.

Focus on both your own wellbeing as the leader, but also your employees. Employee engagement and wellbeing are key to organisational and employee success both now and in a post pandemic world.

Leadership is changing and evolving to reflect both the world in which we are leading and the changing needs of our employees and our customers. My advice would be to inhibit your leadership space, enjoy your ability to influence others and don’t feel the need to change to show your authority. Lead with empathy and compassion and you can never go wrong, especially in a post pandemic world.

Those of you with a sharp eye for detail, may have noticed that ex-president Obama, was always photographed wearing either a navy or grey suit when carrying out his presidential duties. In an interview with Vanity Fair Barack explained that the reason for this is that on a day to day basis he tries to pare down his decisions, this includes what to wear and also what he is going to eat that day.
Research shows that the simple act of making decisions degrades one’s ability to make further decisions. It’s why shopping is so exhausting and why leaders need to focus their decision making energy, otherwise they could be at risk of decision fatigue.

Research carried out in the US looked at patterns in parole board’s decisions, by analysing over 1,100 decisions made over the course of a year. The patterns they spotted were not down to the prisoner’s ethnic backgrounds, crimes or sentences but in the timing of the decision. Prisoners who appeared in the early morning received parole in about 70% of the time, whilst those who appeared late in the day were paroled less than 10% of the time.
As leaders in business we are expected to make lots of decisions throughout the day, some small but others far reaching with possible long term consequences. Some of the signs that you might be suffering from decision fatigue include:

•   You have low mental energy, so you look for the easiest / quickest option (e.g. buy junk food at the supermarket)
•   You become reckless – tendency to act impulsively instead of expending the energy first to think through the consequences
•   Do nothing. Instead of agonising over decisions avoid any choice. Ducking the decision can however create bigger problems in the long run.

So how do the best leaders avoid decisions fatigue?
Well for a start they don’t schedule back to back meetings, they eat regularly and recognise when their blood sugar levels are low, they are well rested and exercise on a regular basis (usually scheduled in the diary) they make the most important decisions at the start of the day and don’t decide to restructure the company at 4pm!
They also don’t take on any major commitments during a cocktail party or a dinner with clients. They also practice mindfulness where they learn to ‘just be’ for 10 – 15 minutes.

How to Cultivate Resilience

If you have ever bought a Dyson vacuum cleaner then you may be aware of the story of James Dyson. A local sawmill caught James’ eye and under the cover of dark he sketched the timber yard’s giant cyclone. It spun saw dust out of the air, collecting it in a chamber. James wondered if the same principle could be applied to vacuum cleaners and put an end to clogging vacuum cleaner bags?

It took James 5 years and 5,127 prototypes later to produce a machine that had no bag and no loss of suction. This is a great example of personal resilience and never giving up in the face of adversity and rejection.
Resilient people seem to have an approach to life that is characterised by a realistic optimism, self-confidence, a sense of humour and finding meaning in every negative experience.

So how can we become more resilient in our working environment where on occasions both our physical and mental boundaries are pushed to their limits?

Work at putting a positive spin on a negative experience. Resilient people know and understand that there are 2 possible scripts that can play out in the mind in the face of a setback. The quote “what’s meant for you won’t go past you” is a great example of rationalising and dealing with a setback and then learning to move forward positively. If you have ever had a setback always consider what you learnt or took away from the experience that then enabled you to move on.

Sometimes the best thing to do is to take yourself out of the situation you are in for a moment to get clarity and perspective. Go for a walk, sit in a coffee shop and pause for reflection. It is much better for you to take the required space than perhaps lose it with colleagues or your boss. This is especially pertinent if you spend a lot of time in meetings as most senior leaders do. Even just going to the toilet or leaving the room to get a drink can just break the negative space you were previously occupying.

According to John Lees, author of Secrets of Resilient People you don’t need to be a different person to be resilient. He states that sometimes it is about owning up to what you are not good at and then asking others who are good at it for their help. Sometimes as leaders we can put a huge amount of pressure on ourselves believing we have to be good at everything. If you are able to declare what you are not good at then you can honestly turn to others and ask for help.

Psychologist Emma Barrett states that if you control your thoughts, your physiology will be better able to cope with the situation. When symptoms of fear kick in try reinterpreting them. For example when speaking in public tell yourself that it’s ok to feel like this because I am hyped up and it’s exciting to be asked to speak at such an event.

Lonely at the Top?

In a recent episode of the Radio 4 programme, Bottom Line, the subject matter was ‘Lonely at the Top’. The programme had 3 guests – 2 senior business leaders and an Executive Coach talking about why many senior executives now employ personal coaches to help them through their toughest business challenges.

Coaches can provide confidential, independent support for senior managers who find life lonely at the top. But shouldn’t the boss be capable of making decisions on his or her own?
I have been an Executive Coach for the past 7 years and have run my own coaching business for the past 2 years. My observations on where and how a coach can help a leader include:

I’m a great believer that in coaching you pay for what you get. The difficulty for those looking to hire a coach is that at present it is unregulated so anyone can set themselves up as a coach and start practising with little or no experience or a coaching qualification. Here are my suggestions to ask a coach to ensure you are getting a great coach:

The best feedback I was recently given by a client was “Thanks Fiona for another great coaching session today. You have made a big difference to my life”.

If you find the right coach, they could make a real difference to you, both personally and professionally.